How Vietnam and Argentina became hubs for mobile growth

The global app economy will grow to $6.3 trillion in 2021, including in-app ads and purchases. In the same time, the global user base for mobile apps will double to about 6.3 billion. This demand creates a kinetic energy by fostering investment, education, and jobs. For developing economies in particular, app economy is a great economic strategy because it’s lean.

There’s no huge investment in infrastructure or materials in an app economy—talented people and good telecommunications are about all you need to get going. So, startup costs are low, and it’s comparatively easy for lower- and middle-income nations to lean in to apps. That makes pursuing app economies a great option for these nations. Argentina and Vietnam are two of the best examples.

The app economies of Argentina and Vietnam share some characteristics, including a growing contribution to GDP. That said, there are also some notable differences. Argentinians embrace mobile apps for ecommerce, food, and utilities, whereas users in Vietnam aren’t as enthusiastic about them. For mobile app publishers and developers in both markets, there’s good news around jobs, but the ghost of a troubled past haunts Argentina, while regulatory uncertainty creates a murky future in Vietnam.

With that in mind, here’s more on the mobile app economies of Vietnam and Argentina.

Vietnam is the #1 app economy in Southeast Asia. With a population of 95 million and growing, Vietnam finds itself at a happy recirculator point in the flow of its app economy: because there are so many people working in tech in Vietnam, a lot of people are being trained in mobile app development. National app economy is strong and expected to double between 2016 and 2020 to more than $57 billion. Vietnam is poised to aggressively grow its app economy and quickly scale its workforce of 29,000. Both mobile and tech as a whole are growing, with strength from foreign companies that tap Vietnamese talent for whole-app builds and outsource strategic elements of app development and monetization.

The Vietnamese pretty much skipped over desktop and went straight to mobile. Peculiar among many of its peers in the Asia-Pacific region, Vietnamese markets for mobile devices are neck and neck for iPhone and Samsung, with Asus and Xiamoi in the mix.

A key market to-do for publishers looking to launch competitive entrants in Vietnam’s mobile app economy is simply capture the user’s attention. A small handful of social and messaging apps are embraced by Vietnamese users that let them take deep dives into localized content and experiences. Zalo, a messaging app, is the local favorite, but there are several close competitors, like Facebook and Viber.

Vietnamese users like music apps, but don’t take to utility apps—it’s all games (with a few entertainment apps splattered in between), although mobile finance is a growth driver. Not a lot of Vietnamese users buy apps in comparison to neighboring markets, but there are lots of options to pay for them. ARPU rates for mobile games are $10.54, with CPIs trending around $0.74. Games and technology are the top app categories, while mobile video is growing quickly, both on mobile web and in-app. In general, the app economy of Vietnam is in a healthy place. It’s stable, strong, and growing with particular yet well-established user preferences and behaviors that help guide publishers and brands hoping to compete, particularly in the gaming and messaging spheres.

A half a spin of the globe southwest in Argentina, messaging remains a key driver. But the real focus is on monetization and creating a world-class payment infrastructure, creating a different set of motivations for app publishers there.

With 100% smartphone penetration, and a GDP contribution that will grow to $26 billion in 2020 (up nearly 24% in 5 years), the mobile app business is booming in Argentina. Across all devices, Argentinians spend 4.3 hours per day on social media—more than anyone else. It’s also a regional leader in terms of online video consumption, both web and mobile.

Most of the serious tech startup investing in Argentina didn’t get started until after 2007, when the iPhone came out. Since then, foreign investors started creating localized financing centers in Argentina. That’s resulted in universities, accelerators, and telecoms partnering to deliver capital, programming, and support for mobile companies. Much of Argentina’s national focus is on realizing the potential of the excellent digital and mobile payment infrastructure it has established as part of the country’s economic recreation of itself. It has helped lead to an estimated 32,250 jobs in the app business, turning Argentina into a strong option for Western world firms looking for low-cost offshore options. Android devices dominate in Argentina, and app users embrace messaging, social, and utility apps alike. WhatsApp is popular for messaging, as is Facebook, and apps for travel, banking, and other utilitarian functions are well-adopted.

Argentina’s app economy hasn’t been without its troubles, though. Reliance on exports led to both the nation’s initial rise and later decline, while a subsequent attempt to seal itself off from the world economy by not exchanging its currency furthered the descent. When the country wasn’t exchanging currencies with others, it made it hard for local companies to a) garner international investment, and b) do deals with global companies. This stunted the mobile startup space and limited options for mobile app consumers. 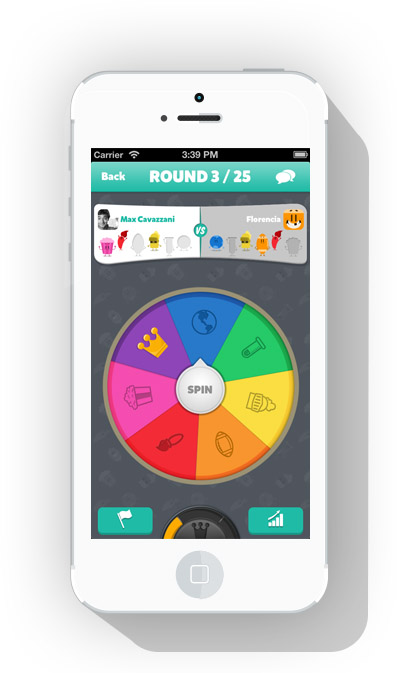 Trivia Crack is one of Argentina’s most successful apps.

But, since opening itself to the world’s currency markets, Argentina has produced a handful of Latin America’s more notable unicorns, including MercadoLibre (e-/m-commerce), Despegar (travel and hospitality), OLX (marketplace and web), and Globant, experience architects for the likes of Zynga and EA. Trivia Crack, from Buenos Aires’ Etermax, is a locally-produced app that has had more than 29 million Android downloads and good reviews.

Argentina’s shift in currency policy combined with these early successes has helped create momentum in the local app economy for developers and others in the labor ecosystem of apps. Not surprisingly, given the country’s reliance on agriculture (about 8% of GDP), there is a concerted industry developing for apps that help farmers and others in the food chain manage livestock, complete crop diagnostics, and even get market information.

Back in Vietnam, the limits to a growing app economy will largely be self-imposed by regulators, with significant potential consequences for publishers. Hans Vriens, managing partner at Singapore’s Vriens & Partners, put it this way:

“When they look at policy developments in the last two years, some companies worry that the government views social media and Internet­ based businesses as a source of new threats to control, rather than a source of new opportunities to realize.”

Source: As Technology Entrepreneurs Multiply in Vietnam So Do Regulations, The New York Times

Despite these concerns, the app economy in Vietnam is growing strongly. Mobile ad spend will soar to 68% of the annual digital total by 2018. This, in turn, will give local app publishers and developers more opportunity to monetize through in-app ads tailored to local users.

Many obstacles still exist for local app publishers and developers in Argentina as well,  including a dearth of mid-stage funding, and both regulatory and creative barriers to user adoption. There is also a vacuum of locally relevant content for mobile users in Argentina, which creates ambiguity for brands looking to engage, in-app or otherwise.

That said, as Argentina’s new app economy spins new opportunities, there is cause for optimism. Since taking office in 2015, President Mauricio Macri has lifted currency controls and removed export taxes, helping drive local app economy jobs to more than 33,000. Localized content offerings are on the rise, and Argentina is becoming a popular destination for global companies seeking offshore development centers.

Like their bigger regional neighbors, India and Brazil, the mobile app economies of Vietnam and Argentina offer distinct opportunities for publishers and developers with keen insight into local markets and business connections to the rest of the world.

Katie Jansen is AppLovin’s Chief Marketing Officer. In addition to her work, Katie is an advocate for women in tech and equality in the workplace.