Ask the Developer: SELECT BUTTON on how to take your mobile game global

For this installment of Ask the Developer, we spoke with SELECT BUTTON CEO Nakahata-san about how they found success in Japan and overseas. SELECT BUTTON responsible for popular games like Survive! Mola mola! and Pokémon: Magikarp Jump. Can you give us a brief introduction about SELECT BUTTON?

We are a small indie game company with three people—a director, programmer, and a designer. Our most famous game to date is Survive! Mola Mola!, with over 8 million downloads worldwide.

How do you monetize your games? 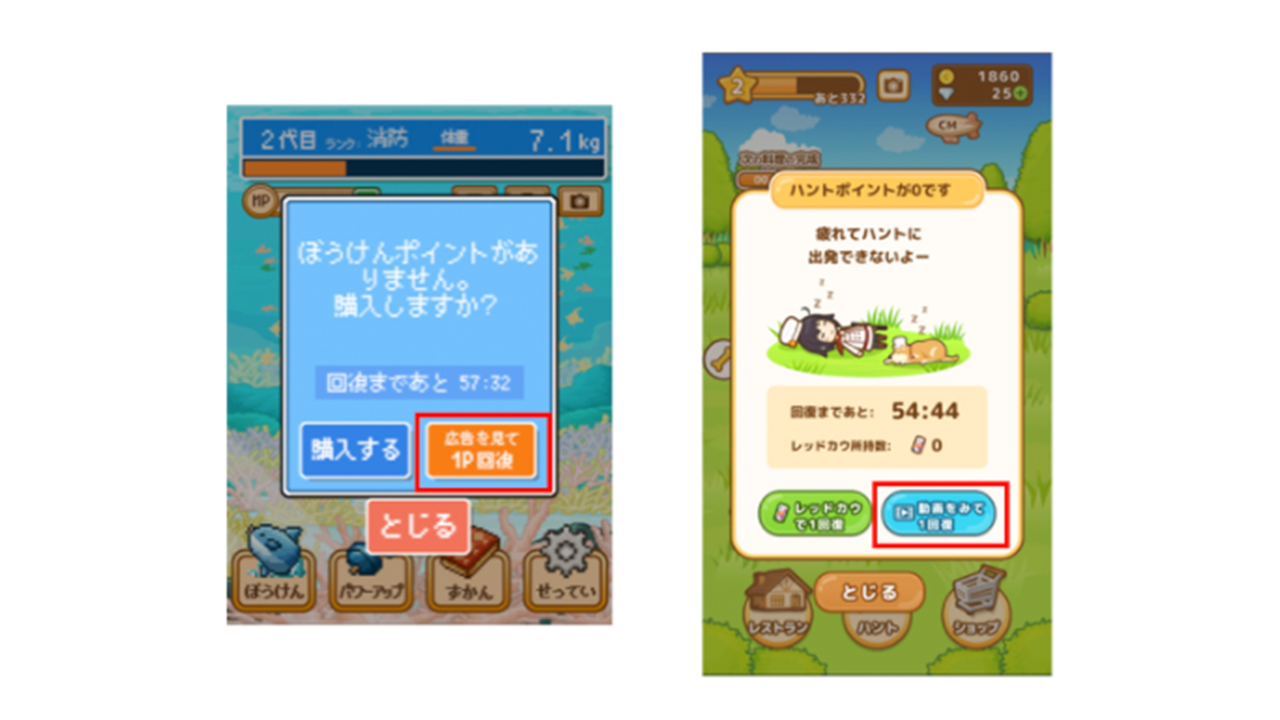 Examples of rewarded video in SELECT BUTTON’s games. (Ads are highlighted in red.)

In order to maximize monetization, we do a lot of testing. For example, when we wanted to increase our retention rates, we discovered a stage within our game where many users stopped playing out of frustration. We introduced a 7-day login bonus as well as introducing new characters that would turn bad items into good ones in order to boost player retention. As a result, the number of users that continued playing beyond this stage increased. This is why it’s important to continue analyzing and testing even after your game’s release.

Your games have not only been a hit in Japan, but overseas as well. Can you give us some numbers? It seems like most Japanese indie developers do not place a big emphasis on overseas expansion. Why did you decide to go global?

Actually, you gave us the idea! After Survive! Mola Mola! became a hit in Japan, you told us, “Other countries would love this crazy game! Why not translate it and try to release it overseas?” We didn’t think too much about it, but we decided to give it a try. We didn’t change the content of the game at all; we just translated it. We didn’t spend too much time creating the global version.

To our surprise, Survive! Mola Mola! became an even bigger hit overseas than it was in Japan. It spread via social media, so we didn’t have to spend marketing funds. We’re not quite sure why it became such a big hit, but we learned that you never know if you’ll succeed or not, so why not try?

How did you localize your game and acquire users? As I mentioned, we did not change the content of the game; we only translated it. Translation was completed in a two-step process. For step one, we used Gengo, a crowd-sourced translation service. For step two, we asked our foreign friends to check the translation and add internet slang, local jokes, and modern lingo so that the game could have a more local, genuine flavor to it. Simply translating word-for-word is boring, and would not resonate with locals.

User acquisition with a small team can be difficult. But rather than spend all your time on that, I suggest you spend the most of your time on the app itself to improve quality. By doing so, your chances of getting featured on the App Store or Google Play will increase. One thing that I recommend is to email [email protected] and explain why your app should be featured. You may also be able to acquire users for $0.45 to $0.90 in the casual game genre in the US. I also recommend using AppLovin to promote your app through video ads.

Any last words of advice for developers trying to go global?

Try using a translation service like Gengo. It’s quick and easy. You never know if your game will become a hit overseas. Some of it is dependent on luck, so just give it a try!

Casual Connect 2017 panel recap: When and how to do global user acquisition